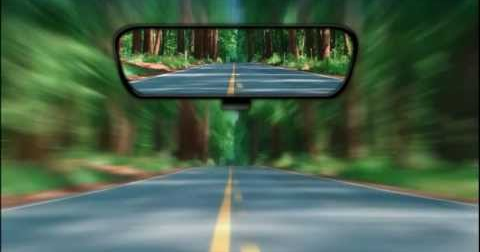 It turns out that being made redundant changes your day, although I don’t plan to make this blog about that aspect. Maybe another blog but not this one. What I have found myself doing is reflecting somewhat more than usual. Reflection and introspection, looking for what went well, what could be done better, at a personal level, is something of a habit. I think it always has been but as I move through life I think I learn to be more realistic about reflection and how I deal with “not quite hitting the mark”. A little bit of disappointment is good, it’s motivating. Too much is depressing and a motivation damper. I’ve learnt to appreciate the learning that comes from misfires and the opportunity to improve.

This blog though is really about a retro I ran around 3 months ago. I was actually going to write about it, about 3 months ago. Stuff happens, the blog didn’t. It was the second retro I ran at Locomote and the first for the team I was working with. Part of writing about this is because I want to highlight that Testers do far more than test, at least the way I view testing. As a tester I want to be influential, I want to help people, I want them to know I am accessible, that I think widely and care a lot about who we are, what we do and how we do it. If you really want a quality product then it starts with quality people who really care about each other and are supported by a company that really cares about them. It aligns nicely, I think, with Obliquity (John Kay). Give people meaningful problems and let them solve those problems with enough support to enable collaboration and creativity.

I said that I want to show that Testers can apply their skills to multiple disciplines, that is true. I also want to share this so if anyone else is interested they might give it a run, refine and share. I was told by others that they hadn’t seen this retro before. Given I’d come up with the concept 2 days earlier on a 45 minute train trip home, the observation wasn’t all that surprising. In short I wanted to run a retro where we revisited the past and forecast to the future. I felt it gave us a slightly different approach to retros we had been running. I like a bit of “different” in retros, different angles of thinking produce different ideas about not only possible improvements but ways in which we might experiment with, or implement, those improvements.

It’s probably a bit misleading to say that the above is a “rough sketch”. It looked pretty similar on the big whiteboard, just more colorful and sans the explanation notes for me. I had a feeling that the concept might be a bit big for a single retro. Having introduced the idea and walked through each of the “mini themes” I proposed picking maybe 2 themes and then coming back to the others in a different retro. After a short silence, and a few questions, the team chose to cover the entire map.

So many sticky notes…….

I was genuinely surprised by the amount of ideas and observations that came out of this session. There was a little bit of initial questioning around the “categories” on the map. That was quickly dealt with (just write your thoughts and we can look after the rest). Some ideas didn’t neatly fit any of the categories, somebody decided to place those in the middle of the road (I thought that was super cool). One of the things that really interested me was that some of our experiments that had failed in the past, were added to the map as “proceed with caution” but also popped up in the things we need to do to get better in the “slow down” area. I thought it was really cool to see that level of reflection. I also thought it was interesting, and brave, for people to add some practices to the “Stop” part of the map, especially when we still had some as current practice (via outside influences). There was, for the greater part of my employment, a sense of safety at Locomote, that you could (and should) respectfully challenge the status quo. That atmosphere, in my opinion, turns “challenging” thinking from sarcasm to a genuine focus on real desires and perceived needs within retro sessions.

I was going to go deeper into some of the specific outcomes and the map points. I decided not to as it would make this a long blog, I’ve lost a few of the really specific details in the space between running the session and blogging AND the value for me, if you try my retro idea, is how you interpret and change it to your context. What I can say (as I look over the sticky notes – I kept them) is that there was a mighty focus on working with people, across teams, across time zones, pairing, sharing, collaborating. People solving problems that were meaningful to our clients. Those items figured prominently on our road to a better future “us”. I wasn’t surprised by that focus, it just reinforced the people focus I knew the team already possessed and their desire to make it even better.

Sadly I write this as an ex Locomote Travelport employee (that’s detailed in my previous blog post) so on-going actions and benefits are no longer anything I will be involved in. Hopefully my “between jobs” status is brief and I get the opportunity to run similar activities at my new employer.

If you have any questions or thoughts on the retro I’m happy to discuss them with you.

Thanks for dropping by.

← End of this Journey
Lemons and Lemonade →