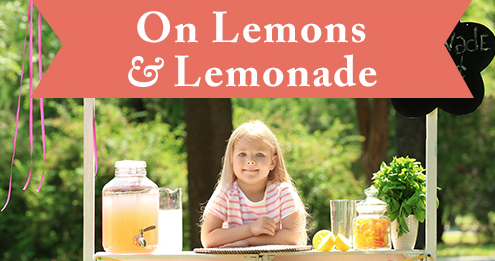 Those that read my previous blog will be aware that the company I was working for decided to cease software development in Melbourne. That decision put me out of a job, unemployed for the first time in a little more than 30 years. I’d prefer to be employed, I miss working with smart and interesting people to solve important problems for clients. I genuinely love solving problems with people, learning from others and also helping colleagues find new ways to think about, or approach, things. Still the decision to close down was not mine, was out of my control, so I’m trying to just let all that stay in the past and control what I can. In case anybody is wondering, no, it doesn’t feel like a big holiday.

To fill in time I’ve been working on refactoring my CV (with some help from a consultant), applying for jobs and digging into something I’ve been wanting to do for a while. I’ve been learning Java. In the past I have learnt some visual basic and developed an understanding of some basic Ruby (to the point that I could write code). So why Java and not continue with Ruby? If I had a dollar for every time someone asked “why Java” I wouldn’t be learning Java, I’d be sunning it on a tropical beach, fishing rod in one hand and eyeing off a bucket of cold beers.

I decided on Java because it seemed like a good idea. A lot of articles pointed to learning Java as a good idea. Beyond that I wanted to get into writing some automation and the majority of resources I had an interest in used Java. The primary source of interest here was Alan Richardson’s Java For Testers. I loved the idea of a book that would teach just enough to get me started and allow me to write scripts. If I could skip past some stuff I didn’t really need to know, that would be cool. I should also mention that I am a fan of Alan’s work so it felt like a great starting place. So start I did.

I was about, maybe a third, maybe less, into Java For Testers when it occurred to me that I cared a lot about some of the things that were being skipped over. I wanted to know more about certain relationships (constructors and getters for example). I felt like if I put the book down and tried to write some basic Java, I’d be stuck. In no way is this a comment on the book, more about my learning style. I believe some of the answers I wanted appear later in the book, but I was a little uncomfortable and decided a change of direction might be useful.

Late last year I commenced a 12 month subscription to Pluralsight. I decided to do this for several things I wanted to study, Java was not one of those things. I decided to start on the Introduction to Java Course by John Sonmez. This course has been really helpful but it takes some effort (at least for me) to learn basic Java. Part 1 of the course contains 6 modules;

and the content runs just a tick over 4 hours. I can tell you it has taken me longer than that. Why? It’s easy to get lulled into a sense that you understand things when you are taking notes and writing code that is mimicking examples on the screen. So several times I have stopped and said to myself “right, go write code based on what has been covered to date”. This is how I very quickly find out what I have really taken on board and what I haven’t. It was this process that finally gave me an understanding of constructors, not just the “why” but also the how. It also clarified in my mind what an object is within code.

In the almost 2 months elapsed that I’ve been engaging with Java
(elapsed – I point this out because not every day is “I want to code Java day” and some days I need to focus on different things such as CV refactoring, job applications, meetings) I’ve had a ball, I’ve learnt a lot and I can now create working code in Java. I have a much better understanding of how complex coding is (thinking about the stuff I don’t yet understand – yikes). I’ve been exposed to, and know how to use, in useful ways, 2 IDEs, Eclipse and IntelliJ. I’ve been able to write buggy code (unintentionally) and use my testing skills to hunt down the problems (this bit doesn’t come with either book or on-line courses). Sometimes my code works first time which always results in me punching the air in triumph. I’ve learnt to hate curly brackets just a little bit (turns out, that’s not just me)

I’ll go back to Java For Testers when I finish the Pluralsight Introduction course. Once I complete the book I think I’ll dive back into Pluralsight or the Intermediate Java course by John Sonmez. I’d like to expand out my Java knowledge a little more. I mean, while I’m having fun, why not? Of course there might be other discoveries along the journey that change those choices in some way.

So how are my travels into Java going to help me? In no particular order, or with exhaustive thought, I want to be able to talk to Developers a little more in their language. I do feel that it might open up some more ideas around testing or prompt me to ask questions I might not have asked.
Will it help a lot, not sure, it hasn’t felt like an inhibitor to date. I guess all experiments start with an unanswered question. I want to learn how to write better code, become a competent coder, at least in ways that coding competence is important to me delivering value, and assist with automation. It would also be nice to be able to write a few small tools to help with testing. I guess I’ll firm up goals as I go. I do know at the moment I’m not really (at any level) thinking about a change of career into coding. I do enjoy the learning though and knowing that I have acquired technical knowledge that I didn’t have before, that my skill set continues to expand.

While I could do without the unemployment, the break has allowed me to dive into some new skills and at least feel productive in other ways than being in the office. If I’d gotten a week into this and decided it wasn’t for me, I would have been cool with that, I would have learnt something and then gone looking for something else (and that might have been another coding language). I’ve always enjoyed learning, that mindset has been something of a blessing during this break. I’m looking forward to more coding practice and learning from my plentiful mistakes. It’s also given me some new insights on coding and testing, I’ll need another blog for those.

Thanks for dropping by folks and, as always, happy to hear your thoughts via comments

2 Comments on “Lemons and Lemonade”